Hawaii’s got an exciting new show in town and the same guys who brought you “The Andy Bumatai Show”,  is filming the TV pilot, “ENTERTAIN ME!”. Back in 2008, when my brother Lance sang on Bumatai’s show, he must have made a strong, positive impression!

Because now, Irwin Santos (aka “Superman”) along with pro

ducers, Lewis Communications & June Crabtree Productions is bringing, “ENTERTAIN ME!”, to Hawaii television and Lance will be singing some, “oldies but goodies”. Last night, they began filming the TV pilot at Hawaiian Brian’s. It will air on Channel 2 KHON Saturday at 9pm prime time starting January 23, 2010. 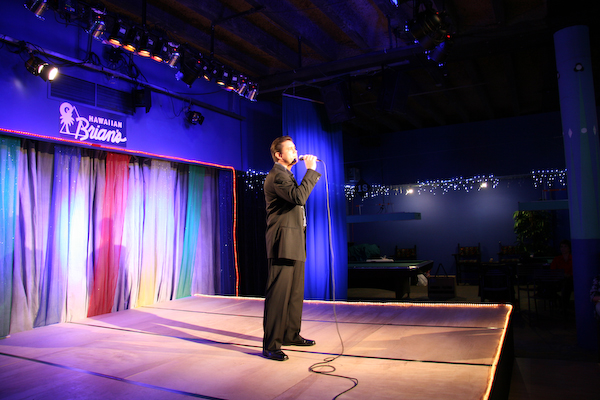 P.S. Also, as a proud older brother, I’d be remiss if I failed to make you aware of Lance’s children’s book, “Kula and the Old Ukelele”. Illustrated by island cartoonist, Jon Murakami and published by Mutual Publishing, it’s been a winner! Here’s a SPECIAL OFFER for you: If you order this wonderful book, Lance will sign it and include a FREE CD of the song, “Jumping Flea”, which features Lance on vocals and Ohta-San’s son, Herb, on the uke. You’ll see that it’s a catchy tune for sure…order at: